The wonderfully random route network of Canadian Pacific Airlines in its classic CP Air age, when it was the airborne division of Canada's premier transport companies but not able to fly it's premier international routes. A unique collection of flights fan out to four other continents, two across the Pacific: Vancouver—Tokyo—Hong Kong and Vancouver—Honolulu—Nadi—Sydney, and one venturing south to the cone of Latin America: Mexico City—Lima—Santiago—Buenos Aires.

From the Alberta prairie, a transpolar route links Edmonton to Amsterdam, linking to a Rome—Athens route. A second trans-Atlantic flight from Montreal lands at Amsterdam, while a third European route also starts in Montreal, but leaps southward to Santa Maria in the Azores, then to Lisbon, Madrid, and connecting again at Rome. Paris and London are absent.
No comments: 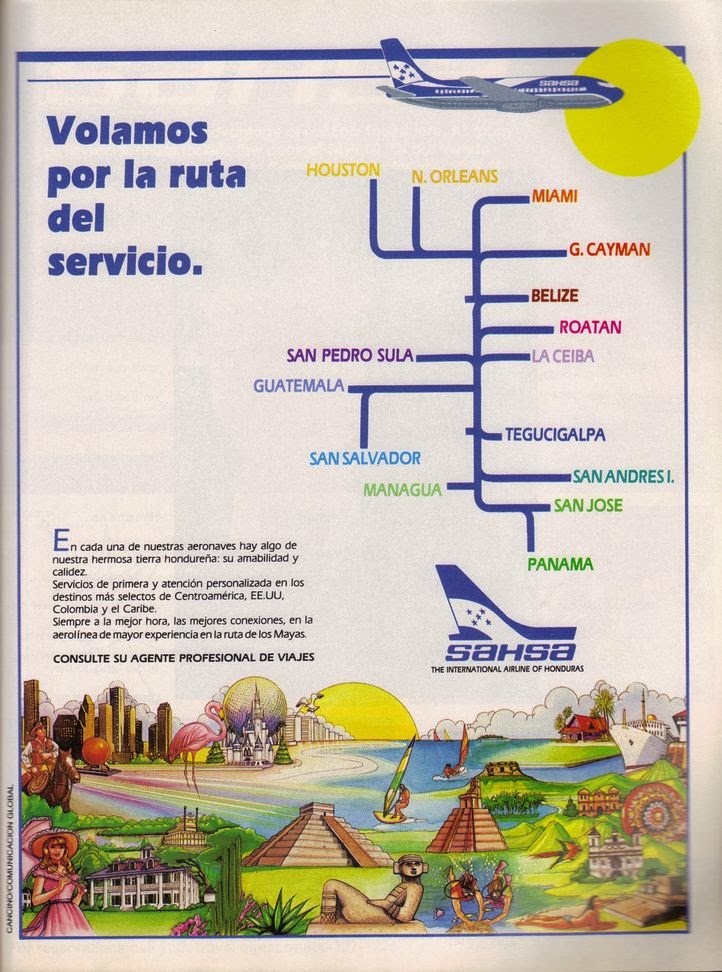 A luscious example of SAHSA's advertising artistry was shown in the middle of last year, but the posts moved on before this equally elegant and attractive example could be featured: an almost railroad-like vine of routes creeps out from a central spine, showing a respectable reach for such a small carrier. Tegucigalpa, the presumed hub, is shown off the the side, completely off-center, below it are the cities of the isthmus, ending at Panama. The broader boughs of the trees, spinning off the top of the network like the kicking legs of a triskelion, are the American gateways: Houston, New Orleans, and Miami, with the Caribbean stops just below, surprisingly including Grand Cayman but also the domestic destinations of Roatan, La Ceiba, and San Pedro Sula—these may had international routes as well. Guatemala City and San Salvador branch off to the far right.

A gorgeous mural of the attractions of SAHSA's network lies at the ad's base, from the skyline of Houston, the icons of Disney World and a Gone with the Wind Antebellum scene at left, to the Mayan temples of Mesoamerica at center, to the fun and sun of the warm Caribbean, a merchant ship navigating the Panama Canal at upper right.
No comments: 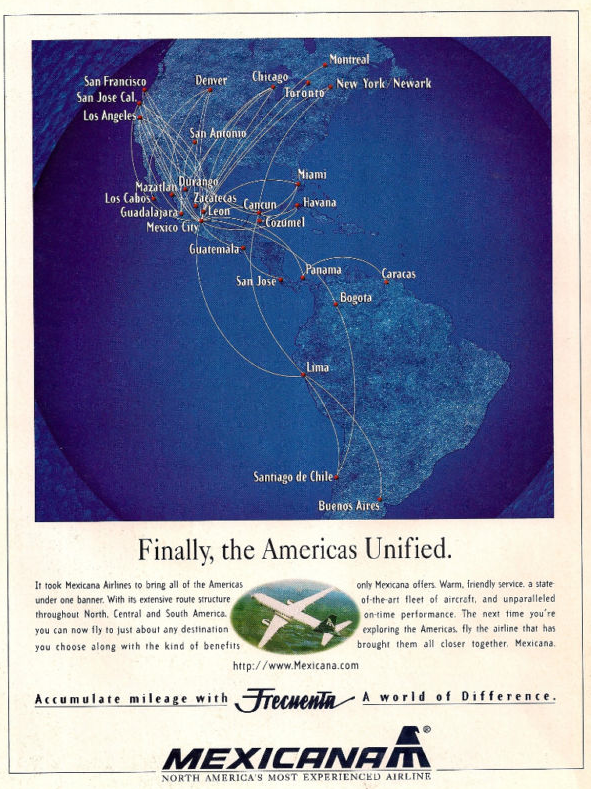 Mexicana boasted of its pan-American network in 1993: stretching from Santiago to San Francisco, Caracas to Chicago, Montreal to (not quite) Montevideo. As with Eastern Air Lines, it's interesting that there are no Brazilian routes: Buenos Aires is the farthest down the cone that Mexicana reached. The inclusion of secondary cities such as San Jose, California, San Antonio and Denver is interesting, compared to the absence of larger airports such as Houston, Dallas, and Washington. There are also only three capitals of Central America in the network: Guatemala, Panama, and San Jose de Costa Rica.
No comments: 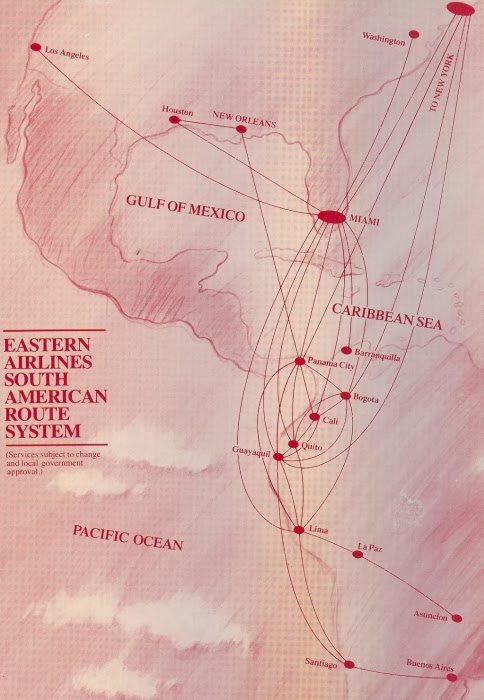