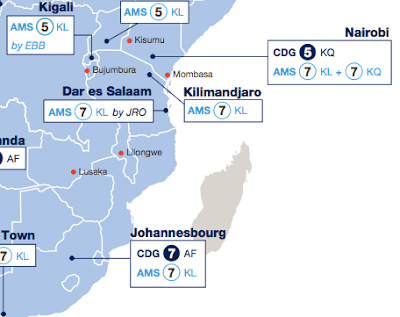 Selected destinations served by Sky-team partner Kenya Airways in code-share are shown in red. Nairobi has become a significant hub for the alliance.
No comments: 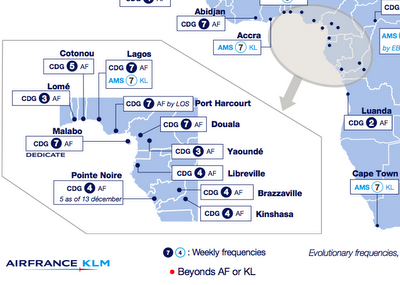 The Air France-KLM's network in the Gulf of Guinea, serving every capital and major city from Abidjan to Luanda, is impressively dense and frequent.
No comments: 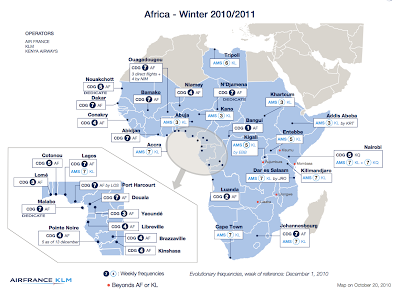 Air France-KLM's website currently features this extremely thoughtful network map for Sub-tropical Africa, with each city labelled with weekly frequencies, designated by carrier and hub. The otherwise-lucid graphic is a bit confusing, in that it includes only Libya among North African states, and even more confusingly does not include Djibouti or Madagascar--yet Air France is one of the few carriers to serve Antananarivo and Djibouti.
No comments: 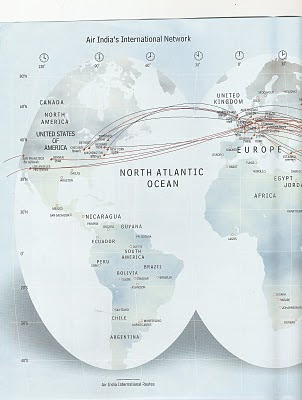 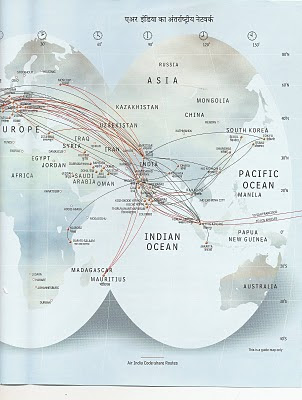 A colorful but confusing route map from Air India. Air India's global network is complicated enough, with its "scissors hubs", necessary due to the distance between North America and the sub-continent, routing passengers via London and Frankfurt. The use of red lines for the code-share services is somewhat obfuscating, making the network seem larger and more global than it is, as the eye naturally focuses on the brighter colors.
Comparing to the previous post, there is a general, though not extensive, expansion to East Asia. several cities in Europe are served; East Africa is part of the network. More cities in the United States are connected. What is most surprisingly is the total retreat from the Gulf region; only Dubai is served between the Mediterranean and the hub at Mumbau.
No comments: 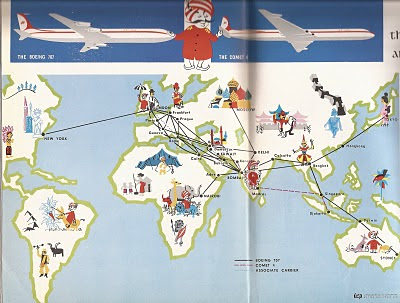 Via either Comet or Boeing 707 to five continents, from the Statue of Liberty to the wildlife of East Africa, the beefeaters of Buckingham to the geishas of the Ginza. Note the dense intra-European network.
No comments: 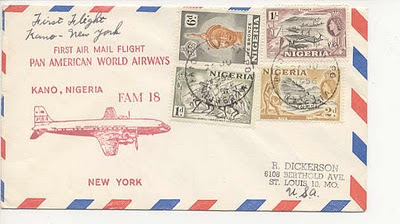 Kano has been discussed before. Its interesting as it is still a large and important city, the principal commercial center and airport in Northern Nigeria, but its international services have declined (partly due to the rise of Abuja to the south). KLM, MEA, and Saudi Arabian apparently still fly there. According to this first day cover, Pan Am connected Kano with New York in 1956, although this service did not seem to last long.
No comments: 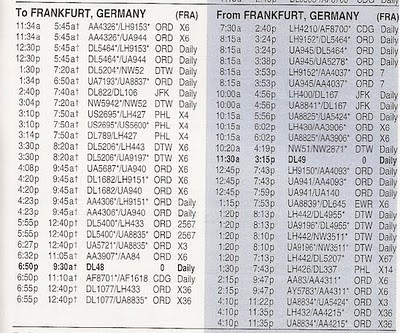 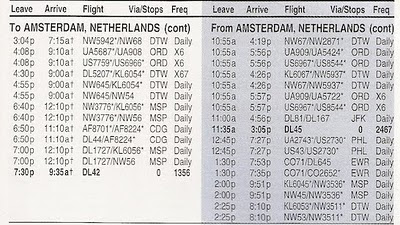 Five Years ago, Cincinnati was connected with four European capitals daily: London (Gatwick), Paris, Amsterdam, and Frankfurt, all by Delta Air Lines, which once operated one its largest hubs from the banks of the Ohio River.  Pre-SkyTeam Partner airline Air France often landed from CDG itself. In addition, Delta landed in Northern Kentucky from Cancun, Nassau, Montreal, and Toronto.

Today, only the Paris connection remains, although Cincinnati continues to be painfully squeezed between Delta's massive hubs in Atlanta and Detroit, as well as Memphis, also under pressure to shrink, and Minneapolis (the latter three inherited from Northwest). Meanwhile, Delta launched seasonal service from Pittsburgh to Paris, which continues to operate in the summer season, usually with a B757.
No comments:

Showing some unusual destinations, such as Brazzaville, Kano, Dakar and Windhoek that are no longer served by successor British Airways. 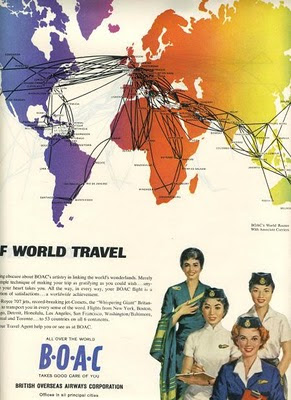