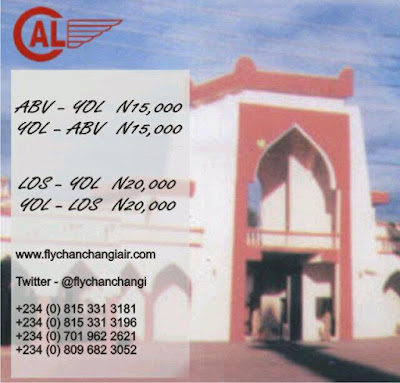 After having considered the curiously named Med-View, Air Peace, and IRS Airlines, The Timetablist now introduces yet another chapter in the colorful and strange modern history of Nigerian commercial aviation by premiering Chanchangi Air Lines, which seemed to have existed from around 2003 to about 2012, although this odd, blurry social media graphic was posted in August 2013 to the airline's now quiet Facebook page.

The airline's Wikipedia article details its regional ambitions, but by the time the social media era came into full swing, the airline seems to have only served Abuja, Lagos, and Yola, the latter being the commercial airport closest to the carrier's founder's home village, for which the airline was named.