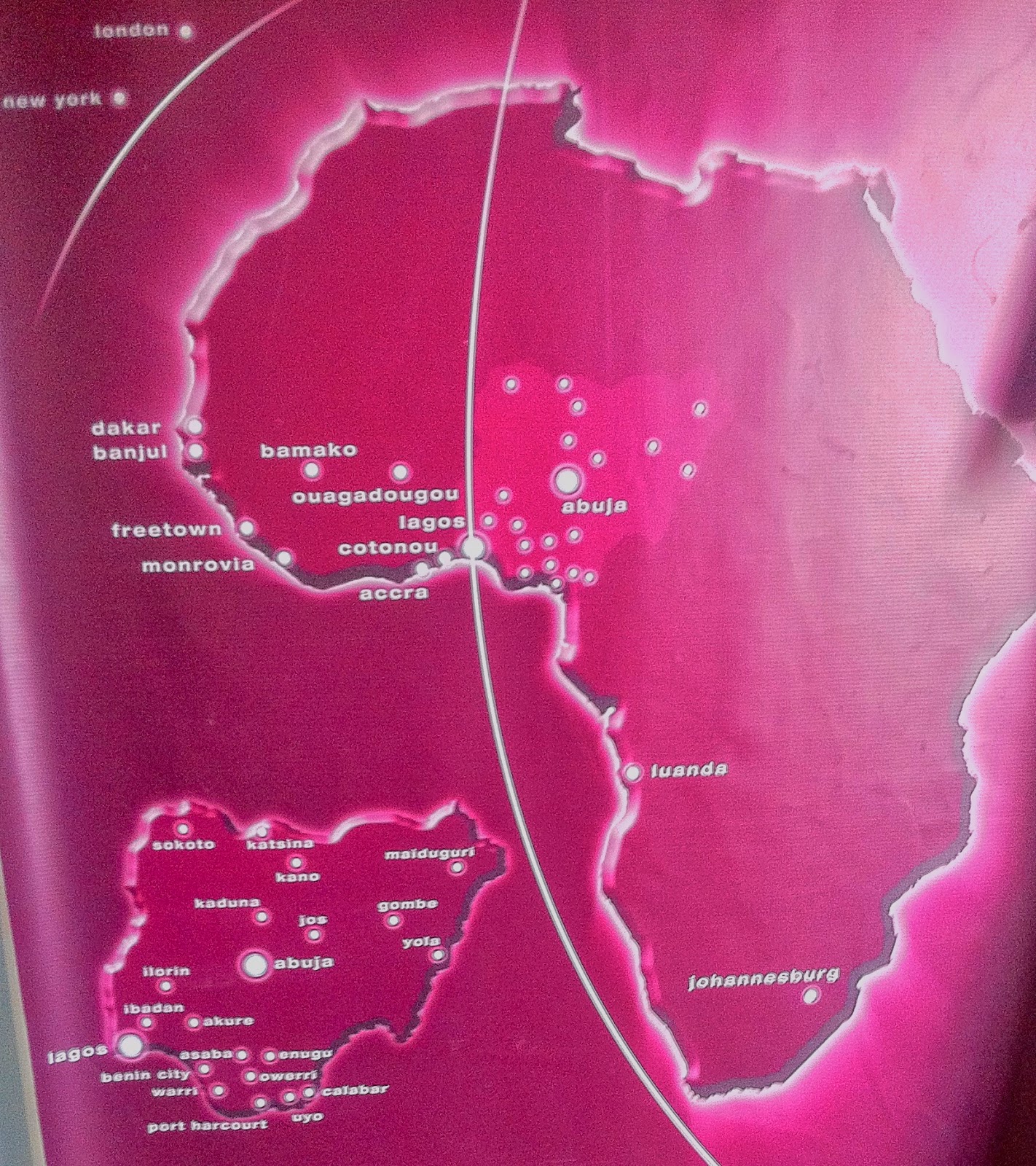 A floor display banner of a bright pomegranate shade, standing in a West African ticket office, shows the rather-recent reach of Arik Air, the de-facto flag carrier of Nigeria. Previous Timetablist posts have shown a similar extent, from its 20-odd domestic destinations (detailed in the next post)and impressive West-African network to both Anglophone and Francophone cities, to the prestigious, premier routes of Johannesburg, and most especially the wet-lease intercontinental operations to New York and London.

The lone city that doesn't fit into these three categories is Luanda, a twice-weekly regional jet route that was nearly axed earlier this year. Unlike other Arik maps, this fails to detail actual route links; only one single meridian line passes through the headquarters at Lagos, while a second arc seems to indicate the edge of the earth, beyond which lie New York and London.