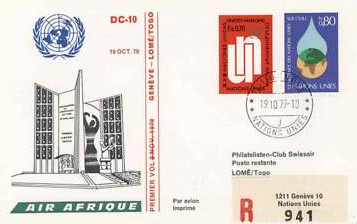 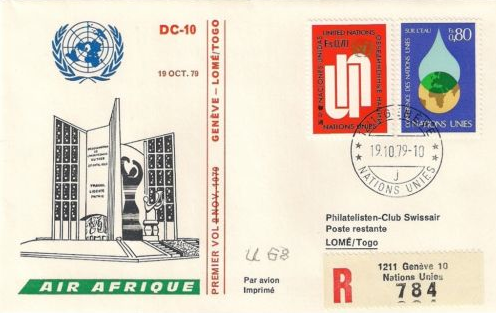 Air Afrique closed the 1970s by expanding beyond the metropole, with flights to the capital of francophone Switzerland, Geneva. This premier flight from Lomé, rather than its major hubs at Abidjan or Dakar, and used a wide body DC-10, as noted at the top of the envelope.

The United Nations figures prominently, taking up half of the sheaf, with a lithographic print of a modernist chapel on the pair.