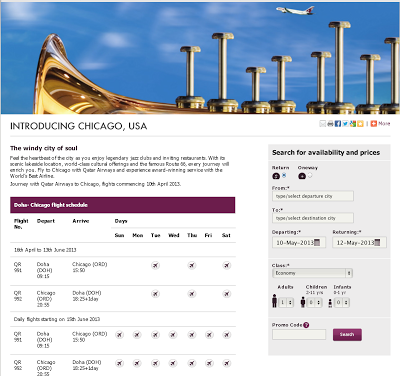 Qatar joins Etihad Airways as the second of the three fast-growing Gulf super-carrier to land at O'Hare. Now also a daily service, Etihad's extended range A340-500s have been descending over Lake Michigan since September 2009. Interestingly, this leaves Emirates, the mack-daddy of Middle Eastern mega-airlines, as the only one of the three rivals to not service the midwestern metropolis, despite serving smaller, secondary US hubs such as Dallas, San Francisco and Seattle for several years.